This set of serialized posts is based on original content, the Presentation Management: The New Strategy for Enterprise Content book, authored by AlexAnndra Ontra and James Ontra.

You may agree with what we say, you may disagree, or you may partly agree. Either way, we want to hear your thoughts! Please do post your comments to make this post more engaging.

Visual storytelling is powerful and ancient. Throughout the course of history, literacy rates have been abysmally low. It was not until fairly recently, in 2015, that world literacy rates rose to 86.2 percent. In the Stone Age, Neanderthals used cave drawings to communicate with each other. One theory is that the artists described themselves and the animals around them, communicating information that helped them survive. The cave drawings were visual stories relaying critical information. 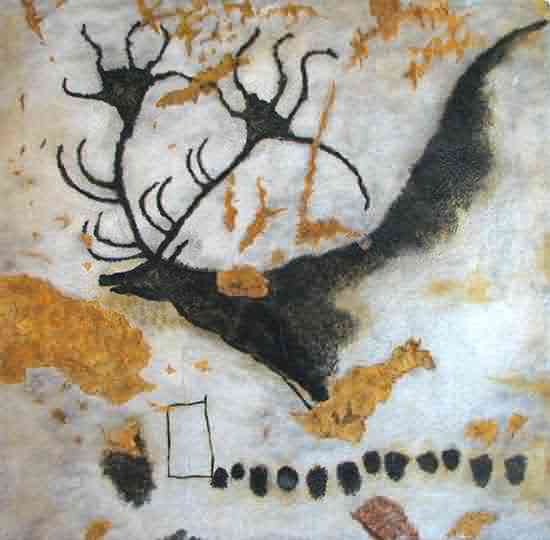 A painting of the Giant Deer from Lascaux
Source: Wikimedia Commons

Visual communications media evolved from cave drawings to paint brushed on wood or stone, to charcoal or ink on paper, then to framed paintings and stained-glass windows. Medieval paintings tell stories of God’s glory and wrath, kings decorated with riches and peasants tilling the fields.

In a world where most people could not read, the visuals told the stories and taught proper behavior so that everyone could live in a civil society. Visual stories were how human beings evolved and thrived as a dominant species.

Now look at this: 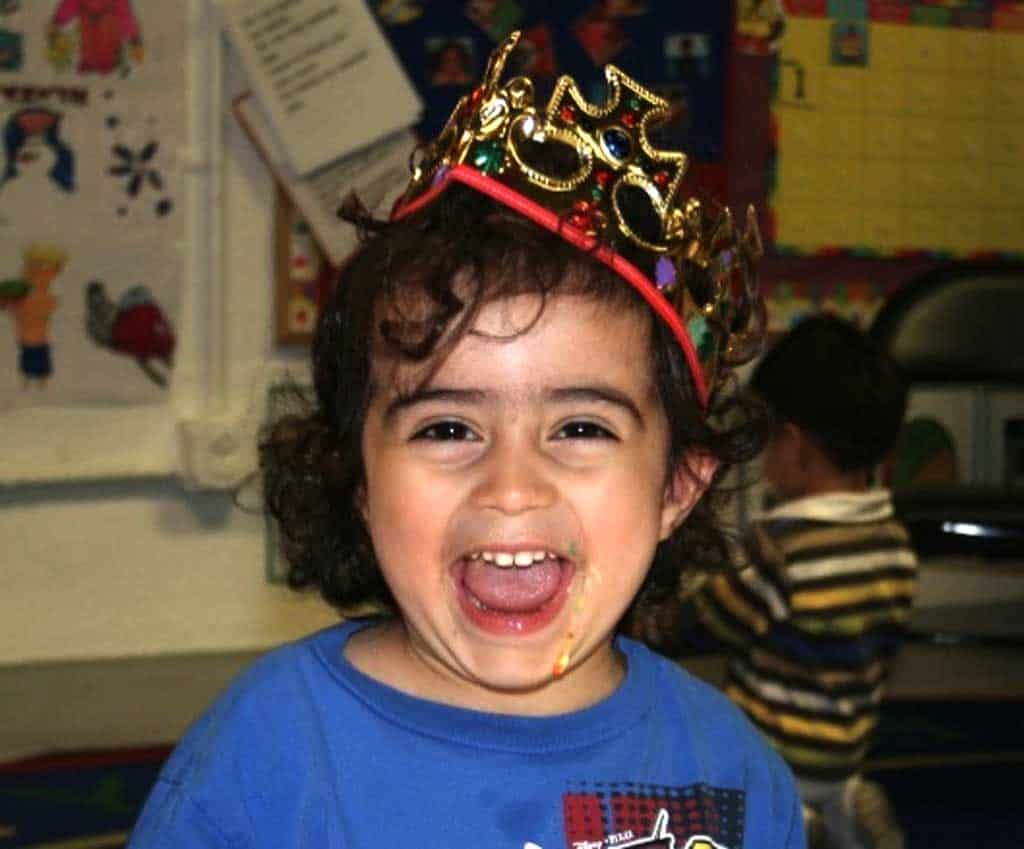 What induced more of a reaction, the words “laughing baby” or the picture of a laughing baby? Most likely, you had a stronger reaction to the latter — maybe a bigger smile and a little gasp of, “Aww, how cute!” Pictures evoke emotion where words cannot.

If you want to learn more about pictures and other media elements evoke more interest from the audience than text alone, you should read Richard E Mayer‘s classic book on this subject, Multimedia Learning (Cambridge University Press, 2001).

In an interview with Richard E. Mayer, published on this site, this is what he said when asked about how his research applied to content such as PowerPoint slides:

Marketers know this. The advertising industry was built on this. In business, the visuals and graphics that helped sell a product or service were long the purview of skilled tradesmen. Illustrators, typesetters, photographers, retouchers and movie directors were esteemed artisans. They were paid handsomely by corporate marketing-advertising experts to help visualize — i.e., tell — the corporate story because businesses saw the importance of conveying the “right” visual story.

Today, media is digital and on-demand. We shoot video instantly on our phones, edit it ourselves, and upload it to YouTube. Pictures can also be taken and retouched right on our phones. Talk about controlling your visual story. We are all the spin-masters of our visual lives.

The ubiquity of digital tools is progress. It’s faster and cheaper than ever to take and distribute a beautiful picture. And it’s faster and cheaper than ever to create your own deck, rather than spend the time and money hiring someone else to do it. While that’s a huge advance, the reliance on PowerPoint has some drawbacks to communications for any kind of organization.

It forces the speaker and the audience into a linear train of thought. But as humans, our minds and conversations like to wander. It’s how we create and ideate. PowerPoint’s linear format forces us into an unnatural thought process. It deters creativity.

Bullet Points and the Outline Format Inhibit the Narrative

An outline has long been a way to organize thoughts and build a compelling story and conversation around them. It was a starting point to a more in-depth proposal and plan. With PowerPoint, the outline has evolved into the final plan. The nuance and critical thinking that was once the meat of the proposal has now been omitted from “the deck.” After all, writing is thinking.

It’s a Crutch That Makes Us Lazy

If you can get away with a few bullet points, why bother with all that extra thinking work? It’s a lot faster to write up some bullets without having to worry about those pesky transitions that tie ideas together. Throw in some nice effects, a few pictures, charts and…voila! You’re good to go. Yes, you are good to go and bore the hell out your colleagues or clients – the very people on whom your success depends.

There Are Enough Graphics to Be Dangerous

PowerPoint’s greatest attribute is also its worst crime against the critical, thoughtful exchange of ideas. It has a wealth of animated effects, transitions, template designs, charting and graphic tools that will turn a neophyte into a bad graphic designer. Graphs and images, when used to support your main idea, are invaluable. The pitfall lies when users get carried away and use too many images or images that don’t necessarily reinforce their idea. So the slides become a distraction from the main point.

It’s One and Done

A great presentation may take hours or even weeks to create. It might include copywriting, branded graphics, pictures and video that reinforce the message, as well as input from the company’s top executives – making it a very powerful piece of communications. This is the kind of content that, when unleashed across the company, can up everyone’s game. But after the meeting, this deck gets lost in a folder or some long email chain, to die a lonely death in obscurity. If someone in the company wants to reuse any of that content, then she will spend hours hunting and pecking around the network, opening, scrolling, then closing the wrong files. And if she is lucky enough to stumble upon the right deck, then she will scroll, copy and paste into a new deck. Repeat that seemingly innocuous process several times, and before you know it, there are 20-plus PowerPoint files open on your desktop and you’re afraid to close them lest you lose something important. Which file was that? Not sure, so you just save as version 27, which just so happens to be the same as version 25. But no one has the time or energy to read through all those decks that are basically the same. A gross waste of time, money and space – both mental space and network space.

These presentations become lost assets. Who loses assets? Businesses that fail, that’s who! Who uses their assets wisely? Businesses that succeed. Presentations are often overlooked assets, a wellspring of knowledge just waiting to be tapped. Exploiting your presentation assets in a methodical way will improve everyone’s performance.

AlexAnndra Ontra, co-founder of Shufflrr, is a leading advocate for presentation management. She has been providing presentation technology and consulting services to global enterprises for over 15 years.

At Shufflrr, Alex advises Shufflrr clients through the process: from trial, to content architecture, through the launch, training and then on-going software upgrades. She’s hands-on. She is a leading expert in presentation management strategy, implementation, and adaptation.

James Ontra is co-founder and CEO of Shufflrr.  His 30-year career has focused on the highest profile presentations for world class companies.  His clients have included:  American Express, Bloomberg, Epcot Center, Mercedes Benz, NBC Olympics, Warner Bros. and many more.

Geetesh Bajaj is an awarded Microsoft PowerPoint MVP (Most Valuable Professional), and has been designing and training with PowerPoint for more than two decades. He heads Indezine, a presentation design studio and content development organization based out of Hyderabad, India.

Geetesh believes that any PowerPoint presentation is a sum of its elements–these elements include abstract elements like story, consistency, and interactivity — and also slide elements like shapes, graphics, charts, text, sound, video, and animation. He explains how these elements work together in his training sessions. He has also authored six books on PowerPoint and Microsoft Office.

« Presentation Management 02: What’s Wrong With PowerPoint (As If You Didn’t Know Already)